Technical Thursday, Mom in charge for a change 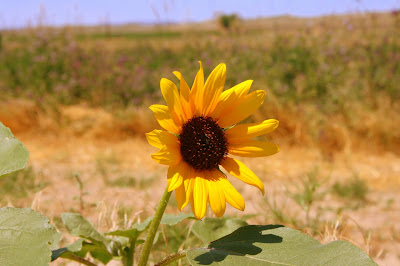 So, I pulled out that Canon!  First thing I did was charge it since it's been sitting all alone on the shelf for so long.  I decided to go out and snap some shots to see what I got.  I kept it on autofocus but zoomed in.

I really like this one.  Clear in front and blurry in the background.  We have tons of sunflowers and they can really blend in when you see them all the time. 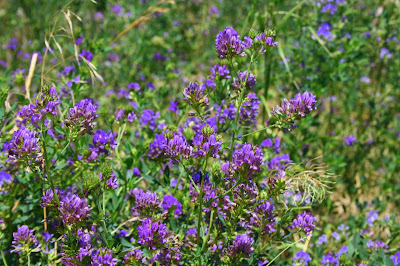 Then I tried it with some alfalfa blossoms.  These came out soooooooo much better than my iPhone pictures.  I hope to graduate to more complicated  photos, maybe using animals and people, in the near future.

I figure it's not bad for just starting out.

I took several other shots but not really worth editing and posting.  I'll keep practicing.

We're joining the Thoughtless Thursday blog hop this week, hosted by Ruckus the Eskie, Barking from the Bayou and Love is Being Owned by a Husky.

Posted by Aussies in Charge at 8:24 AM

Aussies in Charge
The Australian shepherds at our house are really the ones in charge. They let us think we are at times, but we all know the truth. I am a solopreneur who makes dog clothes. My husband and I operate a farm with lots of animals in Wyoming.

What Mom does to keep us fed